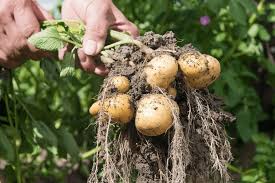 Is Kenyan Potato Farming Lucrative? You will get answers to all your questions in this guide.

You can use the information I’ve provided to determine whether potato growing is viable in Kenya and make an educated choice.

The second-largest food and economic crop in Kenya after maize are potatoes, according to the National Potato Council of Kenya.

The crop, which is grown by about 800,000 smallholder farmers, supports 2.7 million jobs throughout the supply chain and adds more than Sh.50 billion to the Kenyan economy.

As a result, the business is the most lucrative in Kenya due to the ready market and high demand for potatoes. Irish potato farming is expanding in Kenya and throughout Africa as a result of rising urbanization and the high demand for the crop.

Read also: How To Farm Okro In Kenya

Yes. If you plant one acre with Changi potatoes, you’ll make a net profit of Ksh. 105,610 each season. It is after deducting Ksh. 16790 in additional or other expenses, such as crop insurance, field visits, transportation costs, and other mishap-related costs.

Potatoes typically cost roughly Ksh 4,000 per bag in January and February when there is a shortage of them. It is therefore advisable to plant them before the year is out. Prices are at their lowest in July, when supply is plentiful.

However, a farmer must purchase certified potato seeds to acquire the highest output of potatoes per acre.

The Kenya Plant Health Inspectorate Service estimates that 60 to 70 percent of all seeds sown by Kenyan farmers come from the informal sector.

The majority of farmers replant seeds from previous harvests, which limits their capacity to increase yields.

Potato Production Cost Per Acre
From planting to harvesting, the price of planting one acre of potatoes in Kenya is approximately Ksh. 80,000.

Best Locations To Sell Potatoes For The Most Money

The areas where potatoes aren’t growing are the ideal places to sell your potatoes. The coastal regions of Kenya would be the ideal location to market potatoes due to the high demand.

However, you must take the cost of transportation into account when choosing your marketing strategies.

This is the best choice because it cuts out the need for middlemen if you have the means to transport your potatoes straight from the farm to the market.

Contrarily, most farmers sell their produce on the farm due to transportation limitations. You must first have confidence before you can engage in this kind of farming.

How to Boost Potato Profits for potato Farming in Kenya.

Your potato crop yield should also be high if you want to make more money. Among the things to think about are:

Although potatoes can grow in several soil types, you should be aware before starting this type of business that the “optimal soil” type for effective potato development is that which drains effectively.

Consult with other farmers in the region for guidance on the potato variety you want to plant and the type of soil that will work best for the local varieties of potatoes. You can choose the farm that is best suited for its cultivation by considering the type of soil there.

Find out when to plant the potatoes you want to grow (sweet potatoes, Irish potatoes, etc.). Although potatoes can be planted at any time and grow well, planting them at the right time increases yields and helps to avoid or reduce diseases that are problematic for potato farming.

The initial investment in this form of farming is not as great as expected once the land has been purchased unless you are going into serious farming, which would require a lot of farming apparatus and equipment for the agricultural operations.

Therefore, before beginning to grow potatoes or any other type of agricultural produce, make sure you have enough cash on hand to endure until you begin harvesting and making money from the sale of the products.

Although potato growing in Kenya generates significantly higher profits than anticipated, all growers of such food crops need to be vigilant because they are prone to pests and other fungal diseases that might lower productivity. The profit realized after-sales, however, will be significantly greater than the initial investment if the right and fundamental steps are taken as described above. 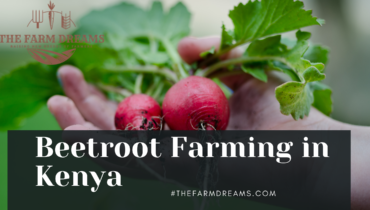 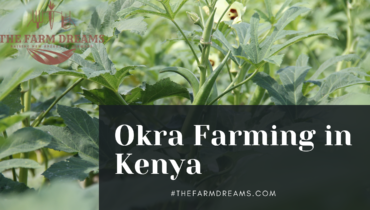 More about this author
Author 107 Posts