At the 37th Farmers’ Day event at Cape Coast, in the Central Region, Mashud Mohammed was named National Best Farmer for 2021.

He is given a two-bedroom apartment in a desirable area of the country.

Read also:E-Agriculture In Ghana – Everything You Need To Know

Suleman Yidana of the North East Region will be awarded a tractor and disc plow, as well as GH200,000 in insurance, a research trip to Israel, and a sprayer as the first runner-up.

Rev Samuel Sida of the Ahafo Region, who came in second place, won a Nissan Navara vehicle and a GH200,000 insurance policy.

Mr. Kweku Ehun of the Central Region’s Gomoa East area won the Best Fisherman award, which included a two-bedroom house to be built in a place of his choice. Several other regional award winners were also recognized.

President Nana Addo Dankwa Akufo-Addo stated his administration will establish the enabling climate and put in place the required policies and programs for the agriculture sector’s rapid expansion during the 37th Farmers’ Day celebration on Friday, December 3rd.

“This year’s ceremony has taken on new significance because of our farmers and fisherfolks’ efforts to ensure that there were no food shortages at the height of the COVID-19 pandemic,” he stated.

“In light of COVID-19, which continues to disrupt global supply chains and reveal the fragility of the global food system, consolidating and strengthening our food security mechanisms has become even more vital.” As a result, the need to establish resilient, sustainable, and egalitarian food systems that can withstand shocks is critical,” says Akufo-Addo.

The event will be chaired by Osabarimba Kwesi Atta II, the Omanhen of the Oguaa Traditional Area, and will be themed “Planting for food and jobs: Consolidating food systems in Ghana.” President Nana Addo Dankwa Akufo-Addo will be the Guest of Honor.

A total of 165 farmers and fishermen were honored as well.

On Monday, the Ministry of Food and Agriculture (MOFA) kicked off the festivities with a colorful Agricultural Fair and Trade Exhibition at the Adisadel School Park in Cape Coast’s old city.

The agricultural sector contributes at least 20% of Ghana’s GDP and employs over 60% of the population through various agriculture value chains.

The National Farmers’ Day celebrations began on Sunday, November 28, 2021, with a week-long agricultural display and trade fair, as well as the Farmer Market initiative, in which farmers presented their produce directly to consumers at the Adisadel College Park, the event’s venue.

All 16 areas displayed their rich culture, agriculture produce, farming products, and machinery during the agricultural fair and exhibition.

Ghana, which relied heavily on agriculture to feed its people, experienced famine and malnutrition. The country’s Gross Domestic Product (GDP) has also suffered greatly on the economic front.

However, the drought ended in 1984, and the country gradually recovered, with the sector growing by an astonishing 30%.

At the time, the fisheries were also thriving. The then-government decided to establish an annual Ghana Farmers’ Day to acknowledge the hardship and hard work of all Ghanaian farmers and fishermen.

The staff of https://thefarmdreams.com wishes to give a congratulatory message to Alhaji Mashud Mohammed and the other farmers who were honored. 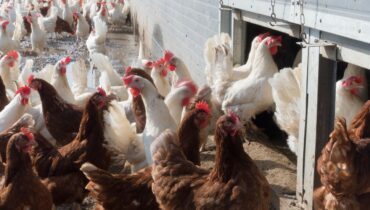 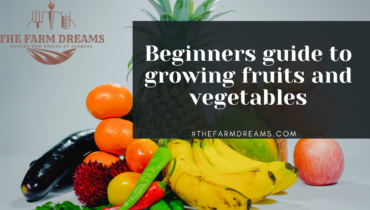