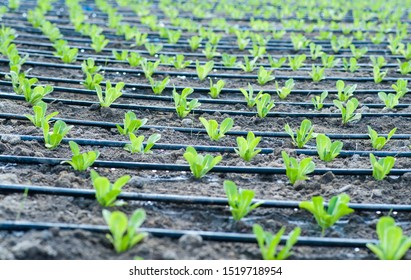 The benefits and drawbacks of drip irrigation

The dripper line’s diameter is a vital factor to consider; the thicker the walls, the stronger the line and the longer it will stay.

There are many different types of irrigation to choose from, so do your research before making a decision.

Drip irrigation, for example, is well known for using less water than other systems. Some farmers make their decision solely based on this fact, and they suffer the price for not doing their homework.

This approach would be used on broccoli and cauliflower, according to a farmer I spoke with lately.

Read also:French Beans Farming in Kenya – How To Make Money Through French Bean Farming In Kenya

I pointed out to him that, while he would save water, he would also need to keep his brassicas cold during heatwaves for them to thrive, which drip irrigation would not do.

Spray irrigation, on the other hand, wets the leaves and soil surface, and the evaporation of this water cools the plant significantly. During a heatwave, some farmers use modest irrigation daily to keep their crops from being stressed.

Another reason to avoid drip irrigation, I informed the farmer, was that he would lose money at the market. A heatwave reduces yields, resulting in shortages and, as a result, increased costs. If the farmer employed drip irrigation, not only would his harvest be jeopardized, but he would also lose out on greater prices!

A word of warning: drip irrigation is prone to clogs and hence necessitates the use of clean water. Calcium might build up in the tubes if you farm in a region where the water is strong in minerals. You’ll need to cleanse the tubes with an acid solution as needed in this situation.

Rates of flow for Drip Irrigation

Different flow rates and opening positions are available with drip irrigation systems. The drippers should ideally line up with the plants in the row, making it easy to keep them moist after transplanting.

It becomes less of an issue as the root system grows.

When using a dripper, determining the degree of moisture by simply looking at the soil surface is difficult. Under the dripper, an onion-shaped moist region forms in the soil profile.

Keep a close eye on how the soil is moistened following irrigation. Beginners frequently prefer to see more evidence of soaking on the soil surface and can easily over-irrigate, resulting in nutrient leaching. Irrigate a little less the first time and adjust as needed. 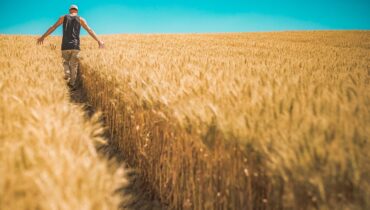