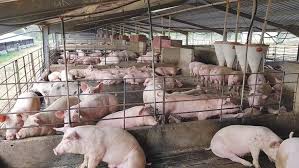 In South Africa, pig farming is still one of the most common agricultural practices. Pork is in high demand in South Africa, and raising pigs is a lower-cost, higher-yield choice than raising many other kinds of animals. This makes it a well-liked choice for new livestock growers.

Even though it can be a very lucrative business, beginning a pig farm is nonetheless expensive and challenging. Any new pig farmer must be aware of all the expenses and requirements involved in starting off. All of this will be explained below.

In South Africa, how much does it cost to start a pig farm?

To meet their overhead costs and turn a profit, the South African Pork Producers Organisation (SAPPO) advises beginning with a herd of 250 sows for new pig farmers. The launch expenditures for a 250-sow pig farm are predicted to be roughly R25 million. This excludes operational costs.

Based on the assumption that each sow would receive 0.5 ha, the farm would need 125 hectares. A pig farm also needs a significant amount of infrastructure. This covers pig farming housing for all phases of production. Specifically, sexing, giving birth, weaning, growing, and finishing. A slurry dam and biosecurity infrastructure are also necessary for pig farms. A larger area of land is needed for waste disposal in pig raising.

Which pig breed is the most lucrative in South Africa?

In South Africa, pigs of more than 50 different breeds are raised for their meat. The Landrace, Large White, and Duroc breeds are the most widely used.

Huge White and Landrace breeds are typically used by beginning pig producers because they reproduce quickly and produce large numbers of piglets. Duroc pigs are renowned for producing superior meat and having a large production rate.

If they can find the suitable market for them, pig farmers may also choose to raise more specialized pig breeds. These pig varieties, like the Large Black or Red Wattle Hog, yield less meat on average at a higher price, which makes them less profitable.

What Is the Price of a Pig in South Africa?

In South Africa, How Do I Start a Pig Farm?

Pig farming is nevertheless an expensive and challenging enterprise, while being less expensive and simpler to start than other livestock production options. The first crucial factor is that pig farmers will want ample space and infrastructure in order to raise the pigs.

Prior to building the piggery, the land must receive environmental approval, and an EIA must be carried out on the farm. To make this happen, a practicing environmentalist must be used.

Logistics and transportation costs should also be taken into account. A pig farm should ideally be situated 200 kilometers or less from its market. Additionally, the site will need to be set apart from residential areas.

A successful pig farm can only be operated if the appropriate land has been located and purchased. This entails finding a market for the pigs, selecting the best genetic breeding stock, locating a feed provider who offers high-quality feed, putting the required biosecurity measures into action, and making sure the required health precautions are in place to prevent disease. Additionally, pig farms need personnel and obviously a sizable infrastructure.

In South Africa, pig farming can be a successful business if the land and the market are perfect. Pig farms don’t need as much acreage compared to their production output, and production expenses continue to be relatively inexpensive compared to other agricultural options. Pork products are likewise in high and steady demand in South Africa.

Of course, starting and running a firm is still expensive. However, a well-planned and managed pig farm may be a very lucrative enterprise. 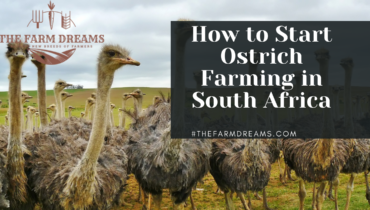 More about this author
Author 115 Posts