Home
|
Agriculture
|
The Future of Farming Systems: How Farming is Changing to Meet the Needs of a Changing World 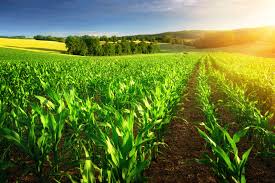 Today, the challenges of food scarcity and environmental degradation are stronger than ever. On the other hand, people are becoming more aware of the importance of healthy eating habits to avoid chronic diseases and rising obesity rates.

All these factors have led to a paradigm shift in the way we look at farming systems. The trend today is shifting from large-scale industrial farms to smaller, local operations that can meet consumer demand for fresh and locally grown foods. Thus, let’s take a look at how this transformation is happening.

How did industrial farming become the norm?

It’s important to note that industrial farming did not happen overnight – it has taken decades to get to this point. The Green Revolution of the 1960s brought about the first major change to farming as we knew it by introducing high-yield varieties of new crops and modern chemical fertilizers and pesticides to increase yields.

In the 1970s and 80s, the push for increased production created economies of scale and resulted in the use of monoculture. The 1990s and 2000s saw consolidation and vertical integration of production, processing, and distribution of food, and today, industrialized meat production has become commonplace.

The Supply Chain of Industrial Agriculture

For the past 50 years, the supply chain of industrial agriculture has been focused on the quantity of food that can be produced. However, there have been some serious consequences – environmental and social – and now, there is a shift in focus towards the quality of food. Industrial crops are sprayed with pesticides. The harmful chemicals get into all parts of the plant, not just the pests. Once they are sprayed, the pesticides cannot be removed from the plants. Industrial agriculture, therefore, puts the health of all humans at risk. To minimize the risk of disease, workers in food processing plants are also required to use protective gear.

Due to these production methods, the food produced is often unappealing in terms of taste and appearance. Industrial agriculture also impacts the social and cultural aspects of food production. Small-scale farmers tend to avoid growing certain crops because they are too expensive to produce with industrial methods and do not provide the best yield. This means farmers are not producing crops that many people want to eat.

While the focus on industrial agriculture was about quantity, the revolution of organic agriculture is about quality. Organic farming and agriculture are based on concepts like biodiversity, using methods that are helpful to the environment, fostering relationships between people as well as between people and the land, and regenerating the soil to ensure long-term sustainability.

Organic farming is not a new practice per se, but it has been evolving over the last century to account for the latest scientific and technological developments.

Organic farming is based on sound ecological and scientific principles, emphasizing the need to create an ecosystem that can sustain plants, animals, human beings, and their communities by building healthy soil and biodiversity, and by promoting natural pollinators, natural enemies of pests, and natural weed control.

This is because people are becoming more aware of the potential negative health and environmental impacts of pesticides. In response, many countries have developed organic certification programs to ensure that products are genuinely organic.

Agritech: Tending to the Farm and its Future

The idea behind Agritech is that farming is a technology and should be governed by the same principles as the tech industry. It is expected that shortly, we will not only see the deployment of more technology in farms but also the use of artificial intelligence (AI) and blockchain to optimize the process of food production. With the adoption of these technologies, we will see a reduction in environmental pollution and contamination, as well as fewer accidents.

There will also be an improvement in the quality and quantity of the food produced as well as an increase in the efficiency and profitability of operations. Some of how Agritech will transform farming practices include the use of sensors in fields, drones for pest and weed control, robotics, computer vision, machine learning, and big data.

The concept of regenerative farming is not a new one – it has been practiced in some parts of the world for centuries. Regenerative farming is a type of sustainable farming that aims to produce long-term benefits for the environment and society through practices that increase soil health, biodiversity, and water retention. It is also known as sustainable soil management, eco-friendly agriculture, and holistic grazing.

Sustainable agriculture is key to feeding a growing world population. And regenerative farming is one of the most promising practices being explored now.

More about this author
Author 107 Posts